Paul F. Grendler is a professor emeritus of history at the University of Toronto, and former president of the Renaissance Society of America. He is the editor-in-chief of the prize-winning Encyclopedia of the Renaissance and author of several books including Schooling in Renaissance Italy, winner of the American Historical Association's Howard R. Marraro Prize for Italian History, also available from Johns Hopkins. 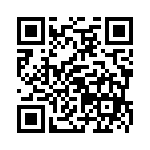