Página xxxiv - ... cycle" - and, in terms of phenomena, to the factors that would govern the greater or smaller utilization of an industrial apparatus if the latter remains unchanged. All the phenomena incident to the creation and change in this apparatus, that is to say, the phenomena that dominate the capitalist processes, are thus excluded from consideration. As a picture of reality this model becomes most nearly justifiable in periods of depression when also liquidity preference comes nearest to being an operative...
Aparece en 14 libros entre 1947 y 2004

Joseph A. Schumpeter (1883-1950) was professor of economics at the University of Gra and at Bonn. He also served as Austrian minister of finance. He later moved to the United States where he taught at Harvard University until his death. His works include Business Cycles, History of Economic Analysis, and Capitalism, Socialism, and Democracy. 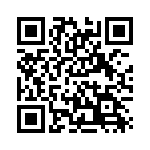