The Russia House. A good ten-minute spy story stretched to 393 pages by long meaningless conversations by pointless characters who have nothing to do with the plot. Because of the good prose it had me fooled until page 278 when I threw it onto the floor. Leer reseńa completa

I enjoyed reading this book as much as I did the first time: Few books have that effect with me. It contains some of Le Carre's most insightful and finely crafted descriptive passages - he captures ... Leer reseńa completa

David John Moore Cornwell writes bestselling espionage thrillers under the pseudonym John Le Carre. The pseudonym was necessary when he began writing, in the early 1960s, because at that time Le Carre held a diplomatic position with the British Foreign Office and was not allowed to publish under his own name. Originally inspired to write intrigue because of a 1950s scandal that revealed several highly placed members of the British Foreign Office and Secret Service to be Soviet agents, or "moles," the plots of most of Le Carre's books revolve around Cold War espionage. His own position with the Foreign Office, as well as his earlier service with the British Army Intelligence Corps, gave him an intimate knowledge of Britain's espionage bureaucracy and of Cold War politics. When his third book, The Spy Who Came in from the Cold, became a worldwide bestseller in 1964, Le Carre left the foreign service to write full time. The Spy Who Came in from the Cold, which was also adapted to film, featured spymaster George Smiley, who was introduced in Le Carre's first book, Call for the Dead (published in the U.S. as The Deadly Affair) and also appears in A Murder of Quality; Tinker, Tailor, Soldier, Spy; The Honorable Schoolboy; and Smiley's People. Le Carre has received numerous awards for his writing, including the Grand Master Award from the Mystery Writers of America (1986), and the Diamond Dagger from the Crime Writers Association (1988). In addition to Spy, several of his other books have been adapted for television and motion pictures, including The Russia House, a 1990 film starring Sean Connery and Michelle Pfeiffer. Le Carre was born in Poole, Dorsetshire, England in 1931. He attended Bern University in Switzerland in 1948-49 and later completed a B.A. at Lincoln College, Oxford in 1956. Married twice, he has four sons, Simon, Stephen, Timothy, and Nicholas. 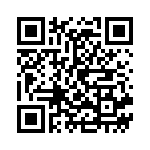