Author discusses the ways in which true crime coverage in news, pulp magazines and books shapes our perception of the amount and role of crime, especially homicide, in our culture. Leer reseńa completa

Jean Murley is Assistant Professor of English at Queensborough Community College, of the City University of New York (CUNY). She has published a review of "Natural Born Celebrities: Serial Killers in American Culture" for the Journal of Popular Culture, and an essay entitled "Ordinary Sinners and Moral Aliens: The Murder Narratives of Charles Brockden Brown and Edgar Allan Poe" in Understanding Evil: An Interdisciplinary Approach (2003), an anthology on contemporary understandings of evil. 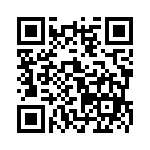