Russell Hoban was born in Pennsylvania in 1925. He went to art school before serving in World War II and was a freelance illustrator for eight years before taking up full-time writing. His many works of fiction and poetry for both adults and children have won him numerous awards.The Mouse and His Child has been hailed as one of the great classics of the twentieth century. The editor, Peter Hill, is a pianist whose complete recording of Messiaen's piano music (made under the composer's guidance) received exceptional critical acclaim. He is well known for his writings and broadcasts on twentieth-century music. Married with two daughters, he lives in Yorkshire and is a Professor of Music at The University of Sheffield. 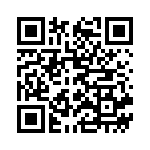