Fred Halliday (1946 2010) was well known as an authority on international affairs. He was the editor of Isaac Deutscher s "Russia, China and the West," and the author of "Arabia Without Sultans," " Threat from the East, " "Iran" and, with Maxine Molyneux, "The Ethiopian Revolution. 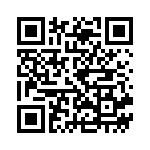