The book starts with some really amazing patterns with addition of integers - something I never knew, but then there are so many things in math that I'm new to. The author provides many tricks that I ... Leer reseńa completa

To say my math skills are severely limited (I wasn’t able to take classes beyond first year algebra and plain geometry) would be an understatement. But I have a nephew, Elijah, who recently turned ... Leer reseńa completa

Arthur Benjamin holds a PhD from Johns Hopkins University and is a professor of mathematics at Harvey Mudd College, where he has taught since 1989. He is a noted “mathemagician,” known for being able to perform complicated computations in his head. He is the author, most recently, of The Secrets of Mental Math, and has appeared on The Today Show and The Colbert Report. Benjamin has been profiled in such publications as the New York Times, the Los Angeles Times, USA Today, Scientific American, Discover, and Wired. 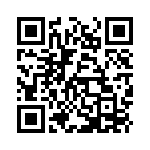