Charlotte Perkins Gilman was born in 1860 in Hartford, Conn. Her traumatic childhood led to depression and to her eventual suicide. Gilman's father abandoned the family when she was a child and her mother, who was not an affectionate woman, recruited relatives to help raise her children. Among these relatives was Harriet Beecher Stowe, the author of Uncle Tom's Cabin. Due to her family situation, Gilman learned independence, but also became alienated from her many female relatives. Gilman married in 1884 and was soon diagnosed with depression. She was prescribed bed rest, which only seemed to aggravate her condition and she eventually divorced her husband, fearing that marriage was partly responsible for her depressed state. After this, Gilman became involved in feminist activities and the writing that made her a major figure in the women's movement. Books such as Women and Economics, written in 1898, are proof of her importance as a feminist. Here she states that only when women learn to be economically independent can true equality be achieved. Her fiction works, particularly The Yellow Wallpaper, are also written with feminist ideals. A frequent lecturer, she also founded the feminist magazine Forerunner in 1909. Gilman, suffering from cancer, chose to end her own life and committed suicide on August 17, 1935. More information about this fascinating figure can be found in her book The Living of Charlotte Perkins Gilman: An Autobiography, published in 1935. 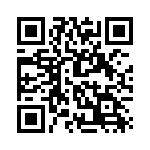