The Hite report: a nationwide study of female sexuality

Hite's groundbreaking 1976 volume was dubbed one of the most important books of the 20th century by the London Times . While the original is not out of print, this edition contains a new introduction by the author. Watch for The Shere Hite Reader , coming from Seven Stories in February. Leer rese±a completa

Really interesting, even though it's getting old! Leer rese±a completa

Pßgina 17 - Researchers, looking for statistical 'norms,' have ... all too often wound up telling women how they should feel rather than asking them how they do feel" (p. 1 1). [Male] researchers have thrust language upon passive women, whereas Hite's questioning would attentively stimulate women to respond. The model for good sexual research is structurally analogous to the pattern for good sex. Hite asks; women respond. / But then Hite tells them what their responses...
Aparece en 12 libros entre 1980 y 2005

SHERE HITE, one of the great feminists and cultural anthropologists of our time, is internationally recognized for her work on psychosexual behavior and gender relations. Hite has lectured at universities around the world including the Sorbonne, Harvard, Columbia, Cambridge, Oxford, the London School of Economics, and others. Hite also writes regularly for international newspapers and journals.ĀDirector of the National Organization for Women’s feminist sexuality project from 1972 to 1978, since that time she has directed Hite Research International. Her continuing study of sexual behavior includes majorĀnew discoveries on, for example, male sexuality, teen sexuality, and the relationshipĀof sexuality to globalization. The Hite Report, first published in 1976, has sold tens of millionsĀof copies worldwide. 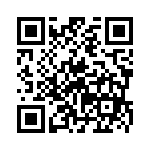