Unprecedented in scope, The History of American Graffiti is the definitive story behind the most influential art form of the last one hundred years. Tracing the evolution of the medium from its early ... Leer reseńa completa

Roger Gastman started writing graffiti as a teenager in Bethesda, Maryland, and was able to parlay his love for it into a legitimate career. He founded and published two respected pop­culture magazines—While You Were Sleeping and Swindle (copublisher)—as well as more than a dozen highly sought-after art books. He is the founder and creative director of R. Rock Enterprises, a multiplatform media agency specializing in print, art, design, marketing, and brand development that has nurtured the careers of internationally recognized artists. Gastman has produced several independent documentary films and has held speaking engagements at universities and museums across the country. He lives in Los Angeles, California, with his two yellow Labs, Nicky and Harley. Caleb Neelon has been writing about urban history and contemporary culture for more than fifteen years. He is the co­author of Street World and Graffiti Brasil, author of his artist monograph, Caleb Neelon's Book of Awesome, and a contributor to dozens of other books and magazines. He has painted walls in more than two dozen countries and exhibited in galleries, museums, hospitals, and educational settings. He lives in Cambridge, Massachusetts. 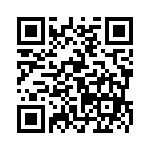