CHARLOTTE PERKINS GILMAN was an eminent feminist sociologist and novelist, perhaps best known for Women in Economics (1898) and, as a fiction writer, for her semi-autobiographical work The Yellow Wallpaper (1892).

MICHAEL R. HILL is an interdisciplinary social scientist at the University of Nebraska-Lincoln and holds doctorates in both sociology and geography. He is the author of Walking, Crossing Streets and Choosing Pedestrian Routes (1984) and Archival Strategies and Techniques (1993), and editor or co-editor of Harriet Martineau's Women and Symbolic Interaction (1987) and Gilman's With Her in Ourland: Sequel to Herland (Greenwood, 1997). He edits the journal Sociological Origins. In 2000, Hill became Chairman of the History of Sociology section of the American Sociological Association.

MARY JO DEEGAN is Professor of Sociology at the University of Nebraska-Lincoln. Her publications include Women and Disability (1985), Jane Addams and the Men of the Chicago School, 1892-1918 (1988), American Ritual Dramas (Greenwood, 1989), and Women in Sociology: A Bio-Bibliographic Sourcebook (Greenwood, 1991). She is editor of American Ritual Tapestry (Greenwood, 1998), George Herbert Mead's Play, School, and Society (1999), Essays in Social Psychology: George Herbert Mead's First Book (forthcoming), A Voice from Chicago: The Collected Works of Fannie Barrier Williams (forthcoming), and co-editor of Women and Symbolic Interaction (1987) and Gilman's With Her in Ourland: Sequel to Herland (Greenwood, 1997). 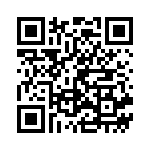