Robert J. Sternberg is IBM Professor of Psychology and Education and Director of the Center for the Psychology of Abilities, Competencies, and Expertise at Yale University. His doctorate in psychology is from Stanford and he has four honorary doctorates. He is the author of more than 850 articles and books on human abilities., James C. Kaufman is an Associate Research Scientist at the Center for New Constructs at Educational Testing Service. He received his doctorate in psychology from Yale University. He is the author of three other books, published or in press, and is the Associate Editor of Research in the Schools., Jean E. Pretz is a doctoral candidate in the psychology department at Yale University. She received a B.A. in psychology and music from Wittenberg University, Springfield, OH, and an M.S. from Yale University. In 2001, she received the American Psychological Society Student Caucus Student Research Competition Award. Her interests include creativity, intuition, expertise, and transfer in problem solving. 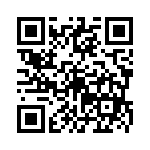