Get this book in print

Reviews aren't verified, but Google checks for and removes fake content when it's identified

From reading Peggy Noonan's op-eds over the years, I've come to the conclusion that I like reading her when she likes her story. And she hates anything Clinton. While I like some of the facts discussed in the book, overall I found it to be a bit catty. Read full review

I read this book because I like Peggy Noonan. Hillary Clinton is, of course, the devil, but why write a book about it? I can't really recommend this as a book to read for good information. As Noonan is a notorious conservative, you'd do well to be watchful for a slant in the facts. Read full review

Peggy Noonan is the best-selling author of seven books on American politics, history, and culture. Her essays have appeared in Time, Newsweek, the Washington Post, the New York Times, and other publications. She lives in New York City. 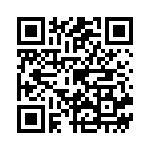