Learned an awful lot reading it. Fantastic summary of the history of advertising seamlessly extending into the present and explaining some of the insanity of the current situation. Unfortunately due ... Leer reseńa completa

Tim Wu is a policy advocate and professor at Columbia Law School. In 2006, Scientific American named him one of fifty leaders in science and technology; in 2013, National Law Journal included him among "America's 100 Most Influential Lawyers"; and in 2014 and 2015, he was named to the "Politico 50." He won the Lowell Thomas Gold medal for travel journalism and is a contributing opinion writer for The New York Times. 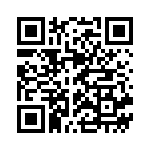