James Moore is the coauthor, with Wayne Slater, of the bestselling Bush’s Brain: How Karl Rove Made George W. Bush Presidential and the author of Bush’s War for Reelection. Formerly an Emmy Award–winning television news correspondent, he has traveled extensively with every presidential campaign since 1976.

Wayne Slater is a senior political writer and an award-winning reporter for The Dallas Morning News. Previously, he was the Austin bureau chief of the paper for fifteen years and has covered state and national politics since 1984. 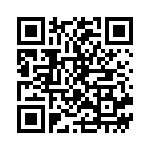