Gerardo Ceballos, one of the world's leading ecologists, is a professor at the Institute of Ecology at National Autonomous University of Mexico (UNAM). He is the author of Mammals of Mexico and Diversity of Mexican Fauna. Anne H. Ehrlich is a senior research scientist emeritus at Stanford University. She is the coauthor of Extinction: The Causes and Consequences of the Disappearance of Species and The Dominant Animal: Human Evolution and the Environment. Paul R. Ehrlich is the Bing Professor of Population Studies and the president of the Center for Conservation Biology at Stanford University. Among his more than 40 books are The Population Bomb and Human Natures: Genes, Cultures, and the Human Prospect. 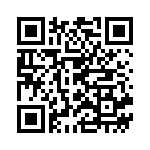