A great biography. The end is slightly unsatisfactory - the book ultimately charts the rise of Murdoch's empire, even if it's the staff and their outrageous behaviour that draws you in - but the ... Leer reseńa completa

Peter Chippindale was born in northern India on July 4, 1945. He received a history degree at Reading and eventually became a journalist. He worked at the Guardian for several years. He wrote or co-wrote numerous non-fiction books including Juntas United, The Thorpe Committal, Disaster!, Stick It Up Your Punter!, Dished!, and Life As Sutch. He also wrote the novel Mink! He died of kidney failure on August 10, 2014 at the age of 69.

Chris Horrie is the author of six successful books, including the bestselling STICK IT UP YOUR PUNTER! and LIVE TV. He is a former national newspaper and magazine journalist and editor, TV producer, lecturer and academic. 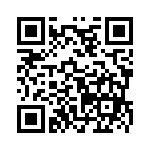