The promising literary career of Mariama Ba ended with her death in 1981 at the age of 52, just before the publication of her second novel, Le Chant Ecarlate (The Scarlet Song), a poetic drama of a love affair between a Senegalese student and the daughter of a French diplomat. Like the works of many other feminist African women writers, Ba's writing challenges many prevalent stereotypes that reinforce the African woman's acceptance of her "place" in society. Her first novel, So Long a Letter (1979), which revealed her clarity of vision and persuasive rhetoric, is written in an epistolary style. The long letter from one female friend to another is a deeply moving account of a Muslim woman's innermost feelings and emotional survival following her husband's decision to take a second, and much younger, wife. The novel has been translated into more than 15 languages and has received international acclaim. In 1980 Mariama Ba received the Noma Award for the best novel published in Africa. 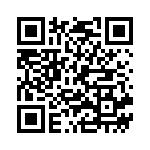