Christopher de Hamel is the Head of the Department of Manuscripts at Sotheby's London and author of Scribes and Illuminators (Medieval Craftsmen Series) . 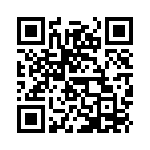