Nicholas Barr is Professor of Public Economics at the London School of Economics, the author of numerous books and articles, and a Trustee of HelpAge International. He spent two periods at the World Bank working on income transfers in Central and Eastern Europe and has been a Visiting Scholar at the Fiscal Affairs Department at the IMF. He has been active in debates about pension reform and higher education finance, advising governments in the post-communist countries, and in the UK, Australia, Chile, China, Hungary, New Zealand and South Africa.

Peter Diamond is an Institute Professor and professor of economics at MIT where he has taught since 1966. He has been President of the American Economic Association, of the Econometric Society, and of the National Academy of Social Insurance. He first consulted to U.S. Congress about Social Security reform in 1974. He has consulted about social security to the World Bank and has written about social security in Chile, China, France, Germany, Italy, the Netherlands, Spain, Sweden and the UK as well as the US. 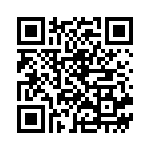