Essays on poetry and poetics, forming an uneven collection, because they were collected from such diverse sources. This book shows Gluck's mind in action. Read the essay on "Sincerity" in poetry. It's worth the price of the whole book. Leer reseńa completa

Gluck (Pulitzer Prize winner for The Wild Iris, LJ 5/15/92) here presents an uneven collection of essays on modern and contemporary poetry. Some of the essays are written in a lucid prose style. For ... Leer reseńa completa

Louise Elizabeth Gluck, 1943 - Louise Gluck was born April 22, 1943 in New York City, New York. She grew up on Long Island and attended Sarah Lawrence College and Columbia University, both in New York State. She is best known for her award winning collection entitled "The Wild Iris". After graduation, Gluck began teaching poetry, accepting positions at various colleges and universities. In 1968, her first collection entitled "Firstborn" was published. Seven years later she published "The House on the Marshland", and in 1985, "The Triumph of Achilles" won the National Book Critics Circle Award for poetry. In 1993, she was an editor of The Best American Poetry anthology. Her last appointment was as Senior Lecturer in English at Williams College. Louise Gluck is considered one of the most gifted poets of her generation. Known for her well-crafted use of verse and meter, she first garnered attention with "Firstborn", a collection of poetry from 1968. Full of angry emotion and disturbing tone, her poetry deals with the horrible and painful. In 1985, "The Triumph of Achilles" was released to thunderous applause, gaining awards in every category. It received the National Book Circle Award, the Boston Globe Literary Press Award and the Poetry Society of America's Melville Kane Award. Gluck has received the Bollingen Prize in Poetry, the Lannas Literary Award for Poetry, fellowships from the Guggenheim and Rockefeller foundations and the National Endowments for the Arts. Her collection "Ararat", (1990) received the Rebekah Johnson Bobbett National Prize for Poetry. Other collections include "The Garden" and "The Wild Iris". The "Wild Iris", perhaps her most award winning collection acquired the highest honor possible in 1993, the Pulitzer Prize for Poetry. It also received the Poetry Society of America's William Carlos Williams Award In 1994 she was named Poet Laureate of Vermont, and was elected as a Chancellor of the Academy of American Poets. In 2003, she was named Poet Laureat of the United States. She was awarded the 2020 Nobel Prize for Literature. 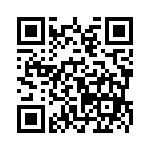