Gregory S. Paul is a leading dinosaur illustrator and researcher who helped establish the "new look" of the Mesozoic creatures seen in contemporary documentaries and movies, including "Jurassic Park," for which he served as a consultant. His books include "Predatory Dinosaurs of the World" (Simon & Schuster), "The Scientific American Book of Dinosaurs" (St. Martin's), and "Dinosaurs of the Air." His work has also appeared in "Scientific American," " Nature," the "New York Times," and many other publications. 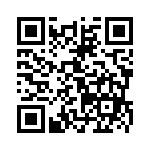