This is not a historical account. This is a microphone. Sacco's "cartoony" style is rich and complex, and works well to share what he saw and heard in Palestine (and he handles his nibs like nobody's ... Leer reseńa completa

five stars...I don't think it needs more explanation on how good this gripping and horrific graphic novel is. I never really have a lucid idea of what's really going on in Palestine. I only got the ... Leer reseńa completa

Joe Sacco lives in Portland, Oregon. He is the author of many acclaimed graphic novels, including Palestine, Safe Area Gorazde, But I Like It, Notes from a Defeatist, The Fixer, War's End, and Footnotes in Gaza.

Born in Jerusalem and educated at Victoria College in Cairo and at Princeton and Harvard universities, Edward Said has taught at Columbia University since 1963 and has been a visiting professor at Harvard and Johns Hopkins University. He has had an unusual dual career as a professor of comparative literature, a recognized expert on the novelist and short story writer Joseph Conrad, (see Vol. 1) and as one of the most significant contemporary writers on the Middle East, especially the Palestinian question and the plight of Palestinians living in the occupied territories. Although he is not a trained historian, his Orientalism (1978) is one of the most stimulating critical evaluations of traditional Western writing on Middle Eastern history, societies, and literature. In the controversial Covering Islam (1981), he examined how the Western media have biased Western perspectives on the Middle East. A Palestinian by birth, Said has sought to show how Palestinian history differs from the rest of Arabic history because of the encounter with Jewish settlers and to present to Western readers a more broadly representative Palestinian position than they usually obtain from Western sources. Said is presently Old Dominion Foundation Professor in the Humanities at Columbia, editor of Arab Studies Quarterly, and chair of the board of trustees of the Institute of Arab Studies. He is a member of the Palestinian National Council as well as the Council on Foreign Relations in New York. 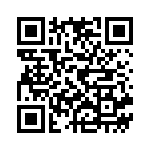