This is great, entertaining book. I wish I could give it 4.5 stars - but if you like traveling and if you like business, it's a funny, witty peephole into an evil business. The cruise ship and the Venice chapters are so so memorable, and the China chapters loads of fun. Leer reseńa completa

Despite initial promise of new look at under analyzed industry, arguments are predictable, even trite...at least to anyone interested enough in the subject to read this book. Structure suffers from ... Leer reseńa completa

Elizabeth Becker is an award-winning author and former correspondent for The New York Times who reported from Europe, Asia, and South America. As the Senior Foreign Editor at National Public Radio, she oversaw all the network’s foreign bureaus and their reporting. She has won awards from the Robert Kennedy Book Awards, Overseas Press Club, and DuPont-Columbia and was part of the New York Times staff that won the 2002 Pulitzer Prize for public service. 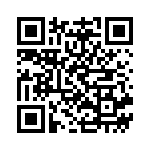