Alex Lazarow is a venture capitalist specializing in global innovation and impact. He presently works with the global investment firm Cathay Innovation. He was previously a principal with Omidyar Network. He is a Kauffman Fellow, Council on Foreign Relations term member, and an adjunct professor at the Middlebury Institute of International Studies at Monterey. Lazarow is a graduate of Harvard Business School and the University of Manitoba. He lives with his family in the San Francisco Bay area. 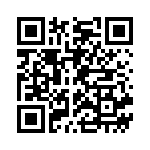