The Falkland Islands War of 1982 was remarkable in many respects. At the outset of the Thatcher-Reagan era, the conflict strengthened the resolve of the Brits to bolster rather than reduce the size ... Leer reseńa completa

This book gives an incredible insight into the mind of a naval task force leader at war. His decision making process, while on the surface seems cold and heartless, actually makes sense when he ... Leer reseńa completa

Patrick Robinson was a journalist for many years before becoming a full-time writer of books. His non-fiction books were bestsellers around the world and he was the co-author of Sandy Woodward's Falklands War memoir, One Hundred Days. 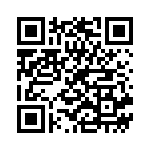