I was pleasantly surprised by this one. A friend recommended it, and, despite my scepticism, I picked it up. He said it had been very useful for his work on Robert Musil, and I can see why. I think ... Leer reseńa completa

Gérard Genette is the author of many books, including four published in translation by Cornell. Sylvie Courtine-Denamy is a French philosopher and author of Hannah Arendt. G. M. Goshgarian is the translator of several books from Cornell, including The Jew and the Other and Three Women in Dark Times: Edith Stein, Hannah Arendt, Simone Weil. 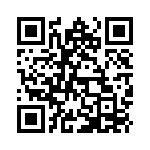