JAMES A. BECKFORD is Fellow of the British Academy and former Vice-President of the International Sociological Association, UK. He has written six books and has edited a further five volumes. His research has focused on religious minorities, 'cult' controversies, religion in prison and social theories relating to religion.

DANIàLE JOLY is Professor and Director of the Centre for Research on Ethnic Relations, Warwick University, UK. She obtained a Licence Òs Lettres, University of Nanterre, France, a Master's Degree in Industrial Relations, University of La Sorbonne, France, and a PhD from the University of Aston, UK. She has published on Muslim populations in Britain, ethnic relations and refugees in Europe. 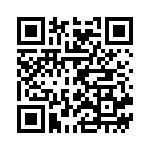