Moral Origins: The Evolution of Virtue, Altruism, and Shame

This book asks the question, "Why is altruism present in modern human beings?" and explores whether altruism has a biological basis. Boehm (director, Jane Goodall Research Ctr., Univ. of Southern ... Leer reseńa completa

MORAL ORIGINS: The Evolution of Virtue, Altruism, and Shame

Boehm (Anthropology and Biological Sciences/Univ. of Southern California in Los Angeles; Hierarchy in the Forest: The Evolution of Egalitarian Behavior, 1999, etc.) probes the origins of human ... Leer reseńa completa

Christopher Boehm is Director of the Jane Goodall Research Center and Professor of Anthropology and Biological Sciences at the University of Southern California in Los Angeles. Boehm' work has been featured in such publications as New Scientist, the New York Times, the Times (London), Natural History, Science News, and in films for National Geographic, Wild Kingdom, and the Discovery Channel.

He has lectured widely to groups as diverse as the Human Behavior and Evolution Society, the Chicago Academy of Sciences, the Sante Fe Institute, the Los Angeles and Cincinnati Zoos, and the Naval War College. Boehm is the author of many scientific articles and several previous books, including Hierarchy in the Forest (Harvard). He divides his time between Los Angeles and Santa Fe. 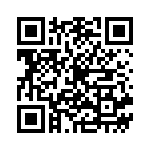