Robert Masters, Ph.D. and Jean Houston, Ph.D., are the husband and wife team whose training programs, corporate and personal growth seminars, and best-selling books have been at the forefront of human potentials movement for decades.


Dr. Jean Houston, scholar, philosopher and researcher in human capacities, is one of the foremost visionary thinkers and doers of our time. She is long regarded as one of the principal founders of the Human Potential Movement. In 1965, along with her husband Dr. Robert Masters, Dr. Houston founded The Foundation for Mind Research. She is also the founder and principal teacher of the Mystery School, a school of human development, a program of cross-cultural mythic and spiritual studies, dedicated to teaching history, philosophy, the New Physics, psychology, anthropology, myth and the many dimensions of human potential. This school is in its 24th year and takes place on both the East and West Coasts. She leads an intensive program in Social Artistry with leaders coming from all over the world to study with Dr. Houston and her distinguished associates. She is the Founder as well as the Program Director of the International Institute for Social Artistry. A past President of the Association of Humanistic Psychology, she has taught philosophy, psychology, and Religion at Columbia University, Hunter College, the New School for Social Research and Marymount College, as well as summer sessions in human development at the University of California at Santa Cruz and the University of British Columbia. She is a prolific writer and author of 25 books including A Passion for the Possible, Search for the Beloved, Life Force, The Possible Human, Public Like a Frog, A Mythic Life: Learning to Live Our Greater Story, and Manual For A Peacemaker. Her PBS Special, "A Passion for the Possible", has been widely shown and publicly acclaimed. Her book of the same name was drawn from the program and published by Harper San Francisco in August of 1997. Dr. Houston has also served for two years in an advisory capacity to President and Mrs. Clinton as well as helping Mrs. Clinton write, It Takes A Village To Raise A Child. As a high school student she worked closely with Mrs. Roosevelt on developing strategies to introduce international awareness and United Nations work to young people. She has also worked with President and Mrs. Carter and counseled leaders in similar positions in numerous countries and cultures. She holds a B.A. from Barnard College, a Ph.D. in psychology from the Union Graduate School and a Ph.D. in religion from the Graduate Theological Foundation. She has also been the recipient of honorary doctorates. 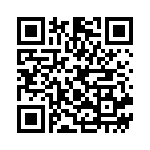