Jean Gottmann, one of geography's most widely known writers, received his undergraduate degree in France in 1932. In 1968 he completed his M.A. at Oxford University and received his doctorate at the University of Paris two years later. Gottmann has also served as professor emeritus at Oxford University. Through just a few books, Gottmann has developed a set of concepts and generalizations to help understand the geography of the human landscape and has made substantial contributions in three main areas. First, his text on the geography of Europe, through several editions, remains a classic in regional geography. Second, he introduced and developed what are now fundamental concepts in modern geography---the concept of "megalopolis," especially as it applies to the northeastern United States, and the concept of "center and periphery," now known as core and periphery. Third, he addressed the growing importance of modern telecommunications in city development and examined the "transactional city. 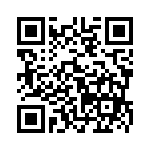