Marc Webber is a marine mammal specialist with an undergraduate and graduate degree from San Francisco State University. He has worked as a biologist and refuge manager for non-profit organizations and the US government for his entire career in places all over the country. Among other accomplishments, Dr. Webber has worked with stranded marine mammals, conducted marine mammal and seabird studies by ship and aircraft for NMFS and the United States Fish and Wildlife Service in the North and South Pacific, North Atlantic, and Arctic, studied Monk Seals in the northwestern Hawaiian Islands, Northern Fur Seals at San Miguel and the Pribilof Islands, Walrus in the Bering and Chukchi Seas, Harp Seals in Russia, and Dusky Dolphins in New Zealand. He has done extensive work with stranded marine mammals, co-authored many journal articles and book chapters, and conducted marine mammal and seabird ship and aircraft surveys over most oceans of the world.

Dr. Thomas Jefferson’s main interests are the development of marine mammal identification aids, and the systematics and population ecology of the more poorly known species of dolphins and porpoises. His work since receiving his PhD in 1983 has been related to conservation and management of marine mammals threatened by human activities. His current primary research focuses on the conservation biology of Indo-Pacific humpback dolphin (Sousa chinensis) and finless porpoise (Neophocaena phocaenoides) populations in Hong Kong and surrounding waters. I am also working on other projects looking at the systematics and ecology of these species throughout their ranges. In addition, I am involved in many other projects, including those on the conservation of the critically endangered vaquita (Phocoena sinus) and on the taxonomy and population ecology of common dolphins (Delphinus spp.).

and has published extensively on marine birds and mammals. Since 1976 he has averaged 6 months a year

at sea on research vessels operating in all the world’s oceans. His current research interests include ecology

and systematics of killer whales in Antarctica and Australia. 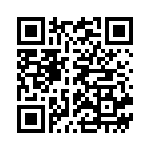