Judith Orloff is an American psychiatrist and author, specializing in treating empaths and sensitive people. She is an assistant clinical professor of psychiatry at UCLA. She has written and spoken widely about her work, reaching out to doctors, patients, and everyday people. She is the author of Emotional Freedom, Positive Energy, Dr. Judith Orloff's Guide to Intuitive Healing, Second Sight, and The Empath's Survival Guide. Her work has appeared in a variety of magazines and newspaper including O Magazine, Forbes, Newsweek, USA Today, the Wall Street Journal, and more. Her television appearances include The Today Show, The Dr. Oz Show, CBS Early Show, CNN, PBS, and other networks. She is a blogger on Elephant Journal, Huffington Post and Psychology Today. 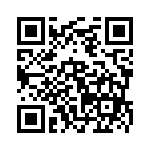