Referred to by Pico Iyer, Forum, KQED, July 30, 2015. Amazon: Leonard Cohen, one of the most admired performers of the last half century, has had a strange and eventful life. Now, for the first time ... Leer reseńa completa

Jeff Burger is the editor of Springsteen on Springsteen. He has contributed to Barron's, Family Circle, GQ, the Los Angeles Times, Reader's Digest, and more than 75 other magazines, newspapers, and books, including many national and international music periodicals. He has published interviews with such leading musicians as Bruce Springsteen, Billy Joel, Tom Waits, the Righteous Brothers, and the members of Steely Dan. He has also interviewed many other public figures, including Sir Richard Branson, F. Lee Bailey, James Carville, Suze Orman, Sydney Pollack, and Wolfman Jack. He lives in Ridgewood, New Jersey. 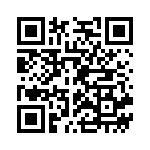