Jacques Derrida was born in Algeria in 1930. His works of philosophy and linguistics form the basis of the school of criticism known as deconstruction. This theory states that language is an inadequate method to give an unambiguous definition of a work, as the meaning of text can differ depending on reader, time, and context. His De la Grammatologie (1967, published as Of Grammatology in 1976), is the most formal known statement of his theory. He further demonstrates this theory in his book Glas (1974, translated to English in 1986). Jacques Derrida lives in Paris and teaches at the Ecole Normale Superieure. His awards include honorary doctorates form Columbia (1980), the University of Louvain (1983), and the University of Essex (1987), and an honorary degree by Cambridge University (1992), which was publicly contested, adding to his already controversial reputation. 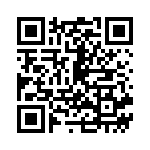