Werner Fassbinder, a German film director and actor, was prolific in his short life. Though he died at age 37, he had already directed 41 films in 13 years. He had also written, acted, and produced for the theater. Fassbinder's films, most of which were made with his own company of actors, are notable for the skepticism and irony with which they view the prosperous and corrupt German society that arose from the wreckage of World War II. Among Fassbinder's better-known works are The Third Generation (1979), a work about terrorists; The Bitter Tears of Petra von Kant (1972), which explores the recurrent theme of homosexuality his work); and Berlin Alexanderplatz (1980), a searing descent into the lower-class and criminal worlds that was made for television. 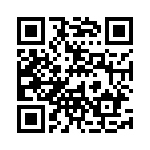