My first thoughts on the King Kong Theory by Virginie Despentes was wow … what a great book! It was written with an open in your face attitude. Despantes hits on a lot of important social issues and ... Llegeix la ressenya completa

at first I didn't like it, then I loved it...mixed feelings, well worth reading though Llegeix la ressenya completa

Virginie Despentes is an award-winning author and filmmaker, and a noted French feminist and cultural critic. She is the award of many award-winning books, including Apocalypse Baby (winner of the 2010 Prix Renaudot) and Vernon Subutex (winner of the Anaďs-Nin Prize 2015, Prix Landerneau 2015, Prix La Coupole 2015). She also co-directed the screen adaptations of her controversial novels Baise-Moi and Bye Bye Blondie. 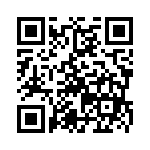