J. Brooks Flippen is a professor of history at Southeastern Oklahoma State University. He is the author of Conservative Conservationist: Russell E. Train and the Emergence of American Environmentalism and Nixon and the Environment. 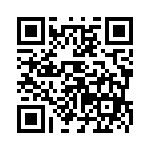