This book could not have a more descriptive title. Well written and clear. Leer reseńa completa

A classic, largely responsible for the introduction of quantum chemistry pedagogy in the US. Still holds up after 70 years. Leer reseńa completa

Linus Pauling: Two-Time Nobel Laureate
In 1985 Dover reprinted Introduction to Quantum Mechanics with Applications to Chemistry, a well-known older book by Linus Pauling and E. Bright Wilson. This book had been first published fifty years earlier and remarkably still found readers in 1985, and still does today, twenty-five years further on.

The first edition of Pauling's General Chemistry was a short book of lessr than 250 pages published in 1944, during World War II. Three years later, it had more than doubled in size to almost 600 pages, and the 1953 edition was over 700 pages. Fifteen years later, for the 1970 edition, it reached its final size and configuration at almost 1,000 pages ? and that is the edition which Dover reprinted in 1988. Dr. Pauling's one request at that time was that we keep the price affordable for students.

Linus Pauling is of course the only Dover author to win two Nobel prizes, for Chemistry in 1954 and for Peace in 1962; he is the only winner in history of two unshared Nobel Prizes.

In the Author's Own Words:
"Satisfaction of one's curiosity is one of the greatest sources of happiness in life."

"Do unto others 20% better than you would expect them to do unto you, to correct for subjective error."

"The way to get good ideas is to get lots of ideas, and throw the bad ones away."

"Facts are the air of scientists. Without them you can never fly." — Linus Pauling 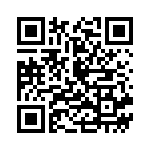