This is the second review of a book in the ‘Introducing …’ series, and is related to the other title Introducing Chaos, as the topic areas overlap. As such there is a little duplication between the ... Leer reseńa completa

NIGEL LESMOIR-GORDON has published poems and short stories in the U.K., the U.S., and France. He formed his first film production company in 1976, and worked for Donovan, Pink Floyd, 10cc, Joe Cocker, Wings and Leo Sayer. Gordon Films UK was formed in 1995 to produce the award-winning television documentary The Colours of Infinity. His first book was Introducing Fractal Geometry.

Edney was trained as a mathematician, and has worked as a teacher, journalist and political cartoonist. 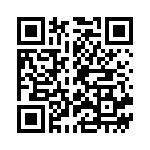