Macario Schettino Yáńez studied chemical engineering and systems at the Technological Institute of Advanced Studies in Monterrey (ITESM). He received his master's in economics at the International Office of Academic Affairs and his doctorate in business administration at the ITESM program of the University of Texas in Austin. He is a candidate for a doctorate in history at the Latin American University. Currently he also works as a professor at ITESM, and is a columnist and writer for the Mexican newspaper, El Universal. As a reality analyst with a focus on multidisciplinary training, he is a participant in the weekly roundtable Money and Power on Channel 11, and on In the Opinion of... on Channel 2. He has published eighteen books, mainly with Pearson and Latin American Editorial Groups. 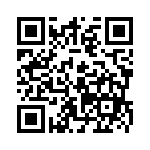