\
Phil Johnson-Laird was born in Yorkshire, England, in 1936. He left school at the age of 15 and spent ten years in a variety of occupations until he went to University College London to read psychology. He later gained his Ph.D. there under the supervision of Peter Wason, and he joined the faculty in 1966. In 1971, he was a visiting member of the Institute of Advanced Study, Princeton, where he began a collaboration with George A. Miller. Subsequently, he held positions at the University of Sussex (1973-1981) and at the Medical Research Council's Applied Psychology Unit (1981-1989) in Cambridge, where he was also a Fellow of Darwin College. He returned to Princeton in 1989 to be a member of the faculty at the University, where he is the Stuart Professor of Psychology. His research concerns thinking, emotions, creativity, and music. 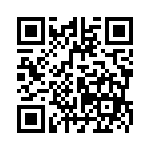