An interesting book by Freud detailing the advent of unconscious in terms of groups of people. The foundations, the ideas, are what attracted and kept me there throughout the duration of this volume ... Leer reseńa completa

Página 1 - We call by that name the energy, regarded as a quantitative magnitude (though not at present actually measurable), of those instincts which have to do with all that may be comprised under the word 'love'.
Aparece en 68 libros entre 1923 y 2006
Página vii - Whoever be the individuals that compose it, however like or unlike be their mode of life, their occupations, their character, or their intelligence, the fact that they have been transformed into a crowd puts them in possession of a sort of collective mind which makes them feel, think, and act in a manner quite different from that in which each individual of them would feel, think, and act were he in a state of isolation.
Aparece en 91 libros entre 1896 y 2008
Más
Página vii - The psychological crowd is a provisional being formed of heterogeneous elements, which for a moment are combined, exactly as the cells which constitute a living body form by their reunion a new being which displays characteristics very different from those possessed by each of the cells singly.
Aparece en 59 libros entre 1896 y 2006
Menos

Sigmund Freud was the founder of psychoanalysis, simultaneously a theory of personality, a therapy, and an intellectual movement. He was born into a middle-class Jewish family in Freiburg, Moravia, now part of Czechoslovakia, but then a city in the Austro-Hungarian Empire. At the age of 4, he moved to Vienna, where he spent nearly his entire life. In 1873 he entered the medical school at the University of Vienna and spent the following eight years pursuing a wide range of studies, including philosophy, in addition to the medical curriculum. After graduating, he worked in several clinics and went to Paris to study under Jean-Martin Charcot, a neurologist who used hypnosis to treat the symptoms of hysteria. When Freud returned to Vienna and set up practice as a clinical neurologist, he found orthodox therapies for nervous disorders ineffective for most of his patients, so he began to use a modified version of the hypnosis he had learned under Charcot. Gradually, however, he discovered that it was not necessary to put patients into a deep trance; rather, he would merely encourage them to talk freely, saying whatever came to mind without self-censorship, in order to bring unconscious material to the surface, where it could be analyzed. He found that this method of free association very often evoked memories of traumatic events in childhood, usually having to do with sex. This discovery led him, at first, to assume that most of his patients had actually been seduced as children by adult relatives and that this was the cause of their neuroses; later, however, he changed his mind and concluded that his patients' memories of childhood seduction were fantasies born of their childhood sexual desires for adults. (This reversal is a matter of some controversy today.) Out of this clinical material he constructed a theory of psychosexual development through oral, anal, phallic and genital stages. Freud considered his patients' dreams and his own to be "the royal road to the unconscious." In The Interpretation of Dreams (1900), perhaps his most brilliant book, he theorized that dreams are heavily disguised expressions of deep-seated wishes and fears and can give great insight into personality. These investigations led him to his theory of a three-part structure of personality: the id (unconscious biological drives, especially for sex), the superego (the conscience, guided by moral principles), and the ego (the mediator between the id and superego, guided by reality). Freud's last years were plagued by severe illness and the rise of Nazism, which regarded psychoanalysis as a "Jewish pollution." Through the intervention of the British and U.S. governments, he was allowed to emigrate in 1938 to England, where he died 15 months later, widely honored for his original thinking. His theories have had a profound impact on psychology, anthropology, art, and literature, as well as on the thinking of millions of ordinary people about their own lives. Freud's daughter Anna Freud was the founder of the Hampstead Child Therapy Clinic in London, where her specialty was applying psychoanalysis to children. Her major work was The Ego and the Mechanisms of Defense (1936).

Peter Gay (1923--2015) was the author of more than twenty-five books, including the National Book Award winner The Enlightenment, the best-selling Weimar Culture, and the widely translated Freud: A Life for Our Time. 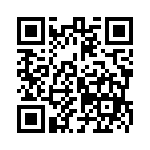