Página 4 - The servant-leader is servant first. ... It begins with the natural feeling that one wants to serve, to serve first. Then conscious choice brings one to aspire to lead.
Aparece en 61 libros entre 1971 y 2008
Página xi - You know that the rulers of the Gentiles lord it over them, and their high officials exercise authority over them. Not so with you. Instead, whoever wants to become great among you must be your servant, and whoever wants to be first must be your slave — just as the Son of Man did not come to be served, but to serve, and to give his life as a ransom for many.
Aparece en 148 libros entre 1924 y 2008
Más
Página 7 - ... balance between conceptual thinking and a day-to-day focused approach. 7. Foresight. Closely related to conceptualization, the ability to foresee the likely outcome of a situation is hard to define but easy to identify. One knows it when one sees it. Foresight is a characteristic that enables the servant-leader to understand the lessons from the past, the realities of the present, and the likely consequence of a decision for the future. It is also deeply rooted within the intuitive mind.
Aparece en 11 libros entre 1998 y 2006
Página 6 - Awareness is not a giver of solace — it is just the opposite. It is a disturber and an awakener. Able leaders are usually sharply awake and reasonably disturbed. They are not seekers after solace. They have their own inner serenity." 5. Persuasion: Another characteristic of servant-leaders is a reliance on persuasion, rather than on one's positional authority, in making decisions within an organization. The servant-leader seeks to convince others, rather than coerce compliance. This particular...
Aparece en 7 libros entre 1993 y 2004
Menos

LARRY C. SPEARS is the Chief Executive Officer of The Robert K. Greenleaf Center, which was founded in 1969 and originally called the Center for Applied Ethics. The Center's mission is to carry the message of servant-leadership originated by Greenleaf, who was the Director of Management Research at AT&T, where he worked for thirty-eight years. Mr. Spears is also the editor of Insights on Leadership and Reflections on Leadership (both from Wiley).

MICHELE LAWRENCE has been with the Greenleaf Center since 1993, working in many programmatic capacities, including directing their annual international conference and editing their quarterly newsletter. 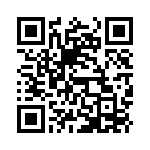