Although this book presented a critical challenge to feminist orthodoxy at the time it was published, it has ironically become the contemporary feminist party line. There are some aspects of this book ... Leer reseńa completa

Bell hooks, writing in the mid-eighties, discusses how second-wave feminism could reclaim its focus on social justice and become relevant to everyone. Picked this up at a library book sale and loved ... Leer reseńa completa

Frantz Fanon (1925-61) was born in the French Caribbean island of Martinique. He studied medicine and psychiatry in France and worked in a hospital in Algeria between 1953 and 1956. He passionately identified with Algeria's armed struggle for independence and this led him to write The Wretched of the Earth (1961) which became a manifesto for the Third World. Black Skin, White Masks was first published in France in 1952. 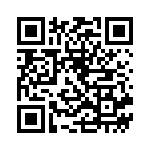