EMPIRE OF DREAMS: The Epic Life of Cecil B. DeMille

Scott Eyman was formerly the literary critic at The Palm Beach Post and is the author or coauthor of fifteen books, including the bestseller John Wayne and (with actor Robert Wagner) the bestsellers Pieces of My Heart and You Must Remember This. Among his other books are Hank and Jim: The Fifty-Year Friendship of Henry Fonda and James Stewart; Empire of Dreams: The Epic Life of Cecil B. DeMille; Lion of Hollywood: The Life and Legend of Louis B. Mayer; and Print the Legend: The Life and Times of John Ford. Eyman also writes book reviews for The Wall Street Journal, and has written for The New York Times, The Washington Post, and the Chicago Tribune. He and his wife, Lynn, live in West Palm Beach. 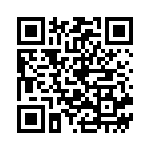