Thomas de Quincey, born in 1785, was an English novelist, essayist, and literary critic. He is best known for his Confessions of an English Opium Eater, an insightful autobiographical account of his addiction to opium. The death of de Quincey's older sister when he was seven years old shaped his life through the grief and sadness that forced him to seek comfort in an inner world of imagination. He ran away to Wales when he was 17. He then attended Oxford University. It was at Oxford that he first encountered opium, and he subsequently abandoned his study of poetry without a degree, hoping to find a true philosophy. de Quincey wrote essays for journals in London and Edinburgh in order to support his large family. His prose writings and essays contain psychological insights relevant to the modern reader of today. In addition to his voluminous works of criticism and essays, he wrote a novel, Klosterheim or The Masque. Thomas de Quincey died in 1859. 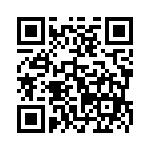