David Berry is Senior Lecturer in Media, Communication and Culture at Southampton Solent University, UK, and the author of The Romanian Mass Media and Cultural Development and Journalism, Ethics and Society. He is the co-author of Public Policy and Media Organizations, the co-editor of Radical Mass Media Criticism: A Cultural Genealogy and British Marxism and Cultural Studies: Essays on a living tradition, and the editor of Ethics and Media Culture: Representations and Practices and Revisiting the Frankfurt School: Essays on Media, Culture and Theory. 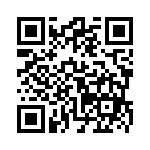