From 1967 to his retirement in 1983, Herbert E. Krugman was manager of corporate public opinion research at the General Electric Company. He was previously research vice president for Marplan, for Ted Bates Advertising, and for the indutrial design firm of Raymond Loewy.

Dr. Krugman received his Ph.D. from Columbia University in 1952 and his B.S.S. from CCNY in 1942. He is past-president of the American Association for Public Opinion Research, of the Division of Comsumer Psychology of the American Psychological Association, and of the Market Research Council of New York.

He has served on the faculties of Yale, Princeton and Columbia Universities and has been a trustee of the Marketing Science Institute in Cambridge, a director of the Advertising Research Foundation and chairman of the Research Policy Committee of the Association of National Advertisers. 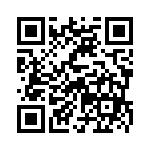