How can such bad news be so entertaining

The choices we have made as a people have led man down a precarious path now more than ever. Dwindling resources overcrowded cities and a shortview perspective have put man on the precipice of fate. A must read. Leer reseńa completa

Eye-opening to say the least

Prepare for the worst; but expect the best. Diamond places little to no judgement upon the correlations he sees between past failed societies and our post-industrial societies. He is an exceptional writer. His writing rivals Dawkins. Leer reseńa completa

Jared Diamond is a professor of geography at the University of California, Los Angeles. He began his scientific career in physiology and expanded into evolutionary biology and biogeography. He has been elected to the National Academy of Sciences, the American Academy of Arts and Sciences, and the American Philosophical Society. Among Dr. Diamond's many awards are the National Medal of Science, the Tyler Prize for Environmental Achievement, Japan's Cosmos Prize, a MacArthur Foundation Fellowship, and the Lewis Thomas Prize honoring the Scientist as Poet, presented by Rockefeller University. He has published more than two hundred articles and his book Guns, Germs, and Steel, was awarded the Pulitzer Prize. 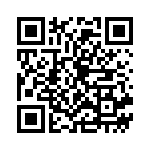